The world is not only suffering because of Covid and economic distress. It’s also reeling due to climate disasters. The year 2020 is likely to be one of the three warmest years on record, and 2011-20 will be the warmest decade on record. 2020 has witnessed increasing wildfires, new extreme temperatures on land, sea and especially in the Arctic, a record number of hurricanes in the Atlantic.

Therefore, despite a 7% decline in CO2 emissions due to the economic slowdown in 2020, the current policies of the countries have put the planet on a 3.2°C temperature increase trajectory. The ‘Emission Gap Report 2020’, recently released by the UN Environment Programme, finds that the G20 nations, who account for 80% of global greenhouse gas (GHG) emissions, are collectively not on track to meet their modest Paris Agreement commitments and countries like Australia, the US and Canada are falling short of their targets.

So, why is it that five years after the “historic” Paris Agreement was signed, the global efforts to fight climate change are in tatters? And, how can we turn the tide and galvanise global action?

The Paris Agreement is a voluntary agreement in which countries are free to choose their climate targets, called nationally determined contributions (NDCs). Countries are also supposed to self-differentiate based on their responsibility for causing climate change and their capability to mitigate it. Hence, developed countries are expected to take up higher emission cuts than developing countries. But if a rich country doesn’t commit to a higher target, no one can question or demand a revision.

Besides, if a country fails to meet its NDCs, there is no penalty. The only obligation is to submit reports regarding the actions countries are taking to meet their commitments. The Paris Agreement is, therefore, based on goodwill and moral persuasion. The assumption is that goodwill will prevail, countries will enhance their targets, and collective action would meet climate goals. 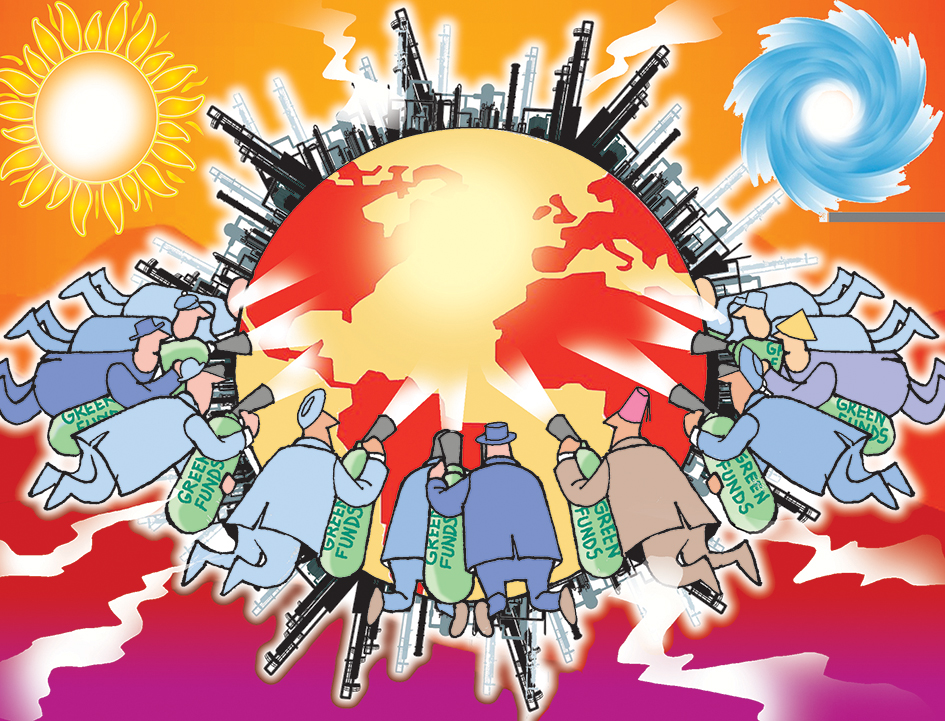 But herein lies the mismatch. Since the beginning, countries have viewed climate negotiations as an economic and not as an environmental negotiation. So, instead of cooperation, competition is the foundation of these negotiations. Worse still, the negotiations are viewed as a zero sum game.

For instance, Donald Trump believes that reducing emissions will hurt the US economy and benefit China, so he walked out of the Paris Agreement; George Bush did the same with the Kyoto Protocol. China, too, believes in this viewpoint, and despite being the world’s largest polluter, its NDCs are woefully inadequate and compliant with 4°C warming.

The fact is every country is looking out for its own narrow interest. They, therefore, are committing to do as little as possible. This is the Achilles heel of the Paris Agreement. This is the reason why the Agreement will not be able to limit warming below 2°C.

Therefore, the world would make a big mistake by putting all its efforts into the Paris Agreement to meet the climate goals, as pushed by a large section of climate activists post the victory of Joe Biden in the US presidential elections. We need a radically different strategy to stimulate actions from the government, private sector and civil society to put the world on track to the 1.5°C goal.

Thirty years ago, when the UN Framework Convention on Climate Change  (UNFCCC) was being negotiated, we lived in a very different world – where economic growth was intrinsically linked to fossil fuel consumption and carbon emissions. Countries had to increase emissions to grow and, therefore, they had to compete to stake claim over the remaining carbon budget.

But this argument is slowly vanishing. In many sectors, including the most crucial energy sector, economic growth and emission reduction can go hand-in-hand. This is because the costs of renewable energy, batteries, super-efficient appliances, and smart grids are falling so rapidly that they are already cost-competitive or will become competitive very soon with fossil fuel technologies. So, the reason for countries to compete with each other for carbon space is becoming immaterial every passing day. If countries cooperate, the cost of cleaner technologies can be reduced faster, which will benefit everyone.

But this cooperation cannot happen only at one global platform and treaty – UNFCCC and the Paris Agreement. We will need multiple multilateral, regional, and sectoral platforms to drive transformation. In fact, climate action will have to be made part of every existing and new platform and treaty as a distributed global effort.

Similarly, the climate crisis is too important to be left to governments alone. We need concrete actions from citizens (especially the wealthiest 1% who account for more than twice the emissions of the poorest 50%) and the private sector to reduce emissions.

Today, more than two-thirds of the richest 100 entities on the planet are corporations, not governments. And, just 100 companies have been responsible for 71% of the global emissions since 1988, the year Intergovernmental Panel on Climate Change (IPCC) was established. Corporations, therefore, are the problem, but they are also the solution. They have the resources to decarbonise, and they must be held accountable if they fail to do so.

Five years since the Paris Agreement, we are at an inflection point. Delay and prevarication is not an option; the world needs a bold vision and leadership to turn the tide.