The writing is on the wall. A few days back, Coal India Limited (CIL), the world’s biggest coal producer and India’s largest CO2 emitter, announced its plans to become a ‘net-zero energy company’ by 2023-24. The company plans to install 3,000 MW of solar power to meet all its electricity demand, which will also reduce its power expenses. The foray into solar is part of CIL’s diversification plans to shift from a coal company to an energy company.

NTPC Limited, India’s largest coal-based power company, has won a bid this week to install 470 MW solar power at Rs 2.01/kWh. This tariff is 40% below the cost of existing coal power in India and less than half the price of new coal-fired power. NTPC has set up a separate renewable energy subsidiary – NTPC Renewable Energy – to build its green energy portfolio.

When the biggest coal mining and coal power companies see their future in renewable energy, it is time for the policy makers to start planning for coal phase-down and Just Transition of coal mining districts. 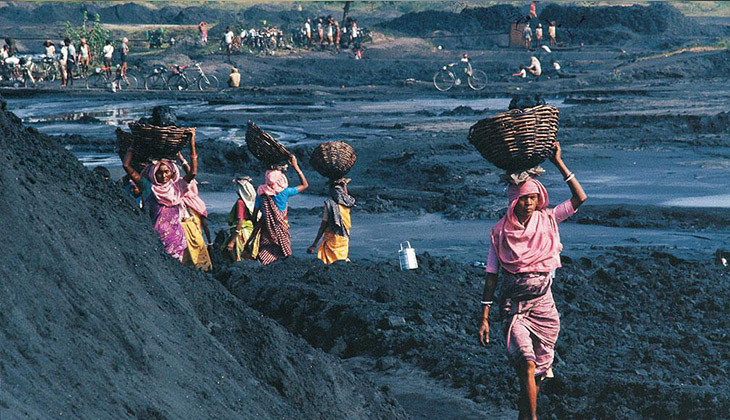 Just Transition was included in the Paris Climate Agreement in 2015 to ensure that the workers and communities dependent on fossil fuels like coal do not suffer due to the closing of mines and power plants to meet the climate change goals. India has so far not engaged nationally or internationally on coal phase-out and Just Transition because of the country’s high dependence on coal for energy security and industrial growth. But the situation is changing rapidly, and coal mines are being shut down in an unplanned fashion due to various factors, including unprofitability.

In Jharkhand, 50% of mines are closed, and half of the operational mines are unprofitable. Most of the mines have been shut down without proper mine closure and plans for the mining areas’ socio-economic transition. The situation at the district level is even more ominous. In Bokaro, 16 of the 25 mines are already closed, and six of the nine operational mines will exhaust their reserves in the next 10 years. In Jamtara (made famous by the Netflix series of the same name), all five mines are closed. In Ramgarh, a top coal-producing district, 50% of mines are shut, and two-thirds of the operational mines are unprofitable. The situation becomes alarming when one considers the economic dependence of these districts on coal.

Take the case of Ramgarh. Coal mining and coal-dependent industries contribute about 40% of the district’s GDP. Furthermore, one-fourth of the households depend directly on the coal industry for income, mostly informal workers. Therefore, the unplanned closing of mines has real implications on the lives and livelihoods of workers and local communities. The irony is these districts suffered ‘resource curse’ and environmental degradation due to coal mining and are now suffering economically because of its unplanned closure.

But this need not be the case. Experiences worldwide show that Just Transition can be a win-win for the environment and the economy if planned and managed well. A similar effort can be made in India to close coal mines over the next two-three decades and transition coal-dependent districts to a non-coal economy. The good news is that opportunities exist for such a transition planning to start immediately.

About 70% of CIL’s mines are loss-making. Many of these mines are losing more than Rs 1,000 per tonne of coal production (coal price in India is about Rs 3,000 per tonne). These mines (more than 170 in numbers) produce less than 10% of coal, employ about 40-45% of CIL’s workforce and incur an aggregate loss of Rs 16,000 crore per year – about the same as the annual profits of the company. CIL can close these unprofitable mines and use the additional profits to implement Just Transition in these mining areas. Coal cess, which collects about Rs 38,000 crore per year and is used for GST compensation till 2022, can also be used for the socio-economic transition of these mining areas.

All the above can only happen if we accept the inevitability of coal phase-out and put in place a Just Transition policy and planning framework. Just Transition is imperative for India. If we do not start planning for a post-coal future now, our coal-dependent regions and industries will face major disruptions in the coming years.