‘We need to act for the Amazon and act for our planet,’ said Canadian Prime Minister Justin Trudeau when fires ravaged the Amazon rainforest in August 2019. He was joined by many Western countries in preaching the virtues of protecting the ‘global common’ for combating climate change.

But the Western world’s concern for the global commons seems to limit itself, so far, to the sensitive ecosystems in the southern hemisphere. Thus, there is an international treaty to protect the Antarctic, which puts an indefinite ban on mining and hydrocarbon extraction. Furthermore, there is a long-standing demand, pushed by the G7 countries, for an international treaty to protect the tropical forests because they are the most biodiverse regions and ‘Lungs of Earth’.

However, when it comes to the northern hemisphere ecosystems, the same countries reject any international intervention. The Arctic is a classic case of this double standard. In 2008, the five coastal states of the Arctic Ocean (United States, Russia, Canada, Norway and Denmark) vowed to block any “new comprehensive international legal regime to govern the Arctic Ocean” in the Ilulissat Declaration.

The Arctic is essential for the stability of the earth’s climate, arguably even more than the Antarctic. Its sea ice helps moderate the global climate. In turn, it is also very sensitive to changes in climate. Consequently, the Arctic is warming more rapidly than the global average, and its sea ice has decreased dramatically since the late 1970s. 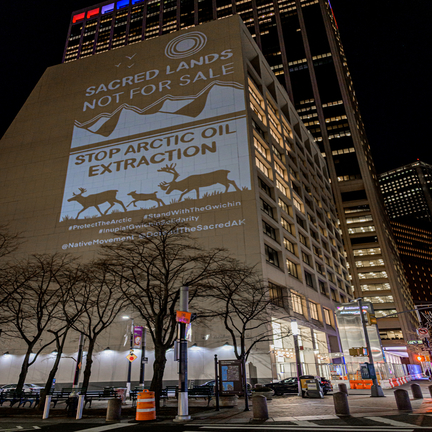 The warming of the Arctic is also speeding the melting of the Greenland ice sheet. Recent studies indicate that Greenland’s ice is melting on average seven times faster today than in the 1990s. Therefore, the changes in the Arctic have massive ramifications on sea level rise, aquatic ecosystems, and weather patterns across the world, including the monsoon.

But the sea ice melting has also opened up the fabled Northwest Passage, significantly shortening the route between the Atlantic and Pacific Oceans. In addition, Arctic seabed is now accessible for oil and gas extraction and deep-sea mining. As an estimated 40% of current global oil and gas reserves are in this region, there is a scramble over shipping lanes and resources, especially between the Arctic states. But other countries are also staking claim over the region’s resources, especially China.

India is an observer at the Arctic Council and has recently released a draft Arctic policy. Regrettably, the draft policy lacks objectivity. It is an ‘all-of-the-above’ policy with contradictory goals. On the one hand, the policy envisions India’s role in exploring and exploiting hydrocarbon and encourages investments by Indian companies. On the other hand, it also expresses deep concerns regarding the impacts on the country due to the changes in the Arctic, including on the monsoon, and proposes a slew of research activities. In conclusion, the draft terms the Arctic as ‘the common heritage of mankind’ and calls for ‘sustainable, responsible and transparent’ human activity.

But ‘sustainable, responsible and transparent’ exploitation of the Arctic is an oxymoron. It is impossible to take out oil and gas, burn them, and still keep global warming under check, or open the international shipping lane and expect the ocean to remain pristine. The irony is that the world’s wealthiest people, living in the already wealthy Arctic states, will gain the most by exploiting the resources. However, the costs will be borne by the world’s poorest, living in the coastal areas of the global South.

The bottom line is that India will not gain economically but is likely to lose massively due to coastal flooding, monsoon disruptions and changes in the ocean systems. Therefore, India’s Arctic policy should push for an international legal mechanism, similar to the Antarctic treaty, and save the Arctic’s pristine ecosystem and earth’s climate. In this endeavour, it might find allies in the Biden administration, which has just cancelled the Arctic Refuge oil programme and Keystone pipeline.